Do You Insult or Influence? Bully or Behave?

What does your social media say about you?

Freedom of Speech is an American right, even if nothing we say is right. But what does it reveal about you? Is bad form your norm? Are you the new adult bully of social media?

While I don’t think this is statistically true, it often feels like social media has manifested more bullies in the adult population than all the playgrounds in the last twenty years!

As a writer, I’m acutely aware that words have power. Words can inspire, hurt, educate, encourage, curse, destroy, unite, divide, turn you off, pique your interest—and everything in between. Which will you do today? 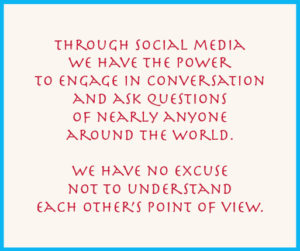 Because there’s been so much negativity from people on social media platforms, I took a break this past month from social media. And I’m grateful to say I feel balanced, normal and happy again, instead of thinking that civilization has been systematically obliterated by bad behavior and a misuse of my favorite thing—words.

As I venture back into the fray—unfollowing the angry, turning off the bitter, and deleting one or two intensely dedicated know-it-alls—I’ve found a lot of happy, inspiring people remain!

So I’m encouraging everyone, to do a social media cleanse. I don’t mean abstain from it, I simply suggest, go through all your posts and delete any that might reveal your less than best self.

Why should you do a Social Media Cleanse?

1) You are better than that. Come on!

2) Your words might kill the spirit of another person. And that’s mean.

3) Your words might steal the peace, joy, or reward someone feels in a particular moment. Mean, and it makes you look pathetic.

4) Someone who wants or needs to talk to you, might not think they can approach you—especially if you’re prone to cursing (aka verbal violence) in your posts. If you make people flinch when they read your words, likely they will write you off as emotional rather than thoughtful and logical, and therefore not necessarily useful when the chips are down.

5) Your words might actually detract, defame, mislead, insult or slander another human—simply by accidentally re-tweeting something that is not true. Guilty as charged.

Pretty much everyone on social media has done that last one and re-posted something that wasn’t true. It’s hard not to when the retweet button is so efficient! When you read something, and you are like “OMG!” and your thumb is on retweet before you know it.

We want to be active, participating members of society. We live for news cycles and celebrity drama. I get it. I’m just saying—maybe think twice. Tie that thumb down for a while. Even if something is true, is it something we should be repeating? Would you want people re-tweeting and re-posting awkward moments and fails in your life? 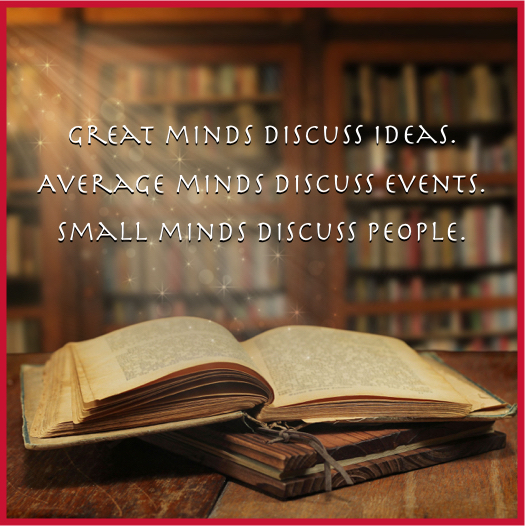 We live in a great and blessed country where we have the freedom to talk about anything. So this should be a country that thrives on thoughtful debate, new ideas, and innovative solutions—at every level of society and in every aspect of society! It’s idealistic but possible. Though admittedly, it’s also very hard if you have to first sort through lies, half-truths, assumptions, rumors, might-be-trues, could-possibly-happens, misinterpreted statements, and out of context comments.

Before you do anything, ask questions to get as much information as possible. Being informed is enriching, even if you don’t like the answers. Why do you think that? What is the evidence? Is that completely true? Why might this person want me to believe her? Is there any reason why you feel this way? Is that logical? What’s something you can do to improve the situation?

As you return to your tweets, posts, pics, and more, carry this old adage with you. It was first attributed to Henry James Derbyshire in the “Origin of Mental Species,” (1918) from what I researched, and later attributed to Eleanor Roosevelt. Even though I have failed more times than can be counted, I always remember it as a challenge to uplift my conversations and thoughts as much as possible.

Go and be great. 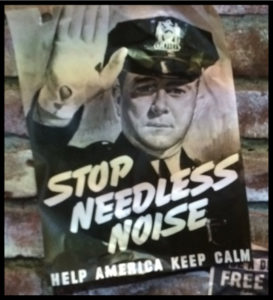