Every four years, since I can remember, elections come around and they seem to bring out the worst language, behavior, and attitudes in the American people.

This election, most seem to agree, that whoever wins, the next President will not only be lacking in character and integrity, but the two contenders have been touted at the “worst two people in America”.

Ouch! Well I don’t think they are the worst Americans, and I don’t think either one is going to press some red button and end the world, but still…where does that leave us? 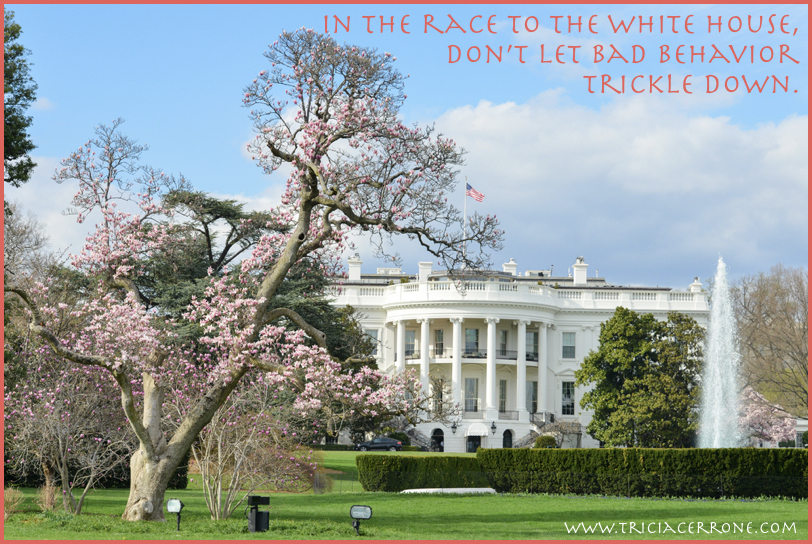 We are part of this process. We are one of the few nations with the freedom of an anonymous vote in a democratic system. We are as responsible for the actions of the next President, Congress, and appointed Judges as those individuals. (I can already hear the curses and threats to move to Canada.)

Now that last few months, have rendered our candidates ‘unvotable’, (a new word I just made up), we have to decide—do we stay home, do we vote for one of the other random candidates on the ballot, or do we find a way to swallow our fear and horror, and pick one of the major parties?

Well, I can’t answer that for you, but I do advise that you get out and vote, because there are many other races and initiatives to be decided. But, when it comes to figuring out your presidential vote, here is what I might suggest.

1) Learn about the policies.

You may not like the voice, but what policies do you think will help Americans thrive; create an environment where people are safe and allow their community’s law enforcement to do a better job; where diverse thinkers-believers-colors can at least live in respectful tolerance if not blissful harmony. What policies get our country out of debt, and make every person a creator, thinker and innovator? What policies change our culture for good or bad? Are we living the culture you want to be remembered for? Are these parties offering any new solutions?

Yes, that’s right. Discuss. Don’t lecture, talk at, rant, or use the latest #insult. If 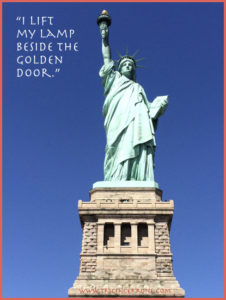 you follow the rules of civility, you might actually learn more, change your mind, or influence someone else. Good manners go a long way. Give people the respect they deserve, consider their view thoughtfully—by listening, asking questions, discovering their background and what might have formed their opinions, and then talk through why they think a policy might work. It might also be interesting to ask what they see as the obstacles to accomplishing it. You don’t have to agree, but they might make some good points for you to consider. And you both might have to go back and do some research.

3) Be open to the possibility you might not have it right.

A lot of ideas seem good on the surface, but you need to understand how they will play out in a variety of ways. Follow your scenario to the end and see if you still believe it’s the best policy for America in the long-term. You are allowed to change your mind. It’s called growth. I love this comment From Beyond Intractability:

“One crucial element of civility is recognition by conflicting parties that it is possible that they are wrong and that the policies advocated by their opponents are actually better. This entails an obligation to seriously consider the persuasive arguments made by opponents and to carefully try to explain and justify one’s own position to one’s opponents and others.”

The end result of civil discussions is that both parties come to an even better solution. It’s purposeful and possible.

It’s not too late to clean up your Facebook and Twitter feeds. If you have been caught up in the name calling game, rethink how you are contributing to the education of the masses. We all know and believe that character counts. Most Americans have been brought up with this beautiful value. And yet, in this election, we have to put that aside. If we try to out-insult or out-dirt or out-scandal or out-crime either party or candidate, we waste our time. There’s literally just too much material. 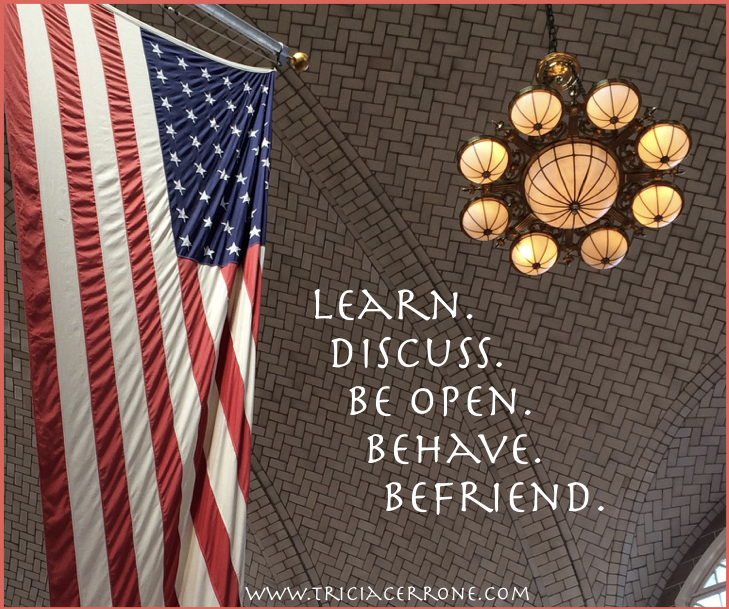 5) Don’t unfriend anyone because they have a different view than you.

This is possibly an epidemic in California, not sure about other states. Very few can discuss politics if they are not in the same party or ideology. This is not just a flaw in our culture. It both contributes to our social decline, and is a result of the decline. It’s a vicious circle. Elections are emotional. Many people vehemently believe they are right in their party affiliation, and it is with a religiously zealous dedication that they cut from their lives anyone stupid enough to have a differing opinion—sometimes even if it’s just one issue. How can we possibly learn from each other if we do this? Maybe you won’t influence someone right away, but you might down the road. So why not try to understand why they think and feel how they do, and if there’s any validity to it?

A few easy concepts. I’m pretty sure we learned this in kindergarten, we just have to channel our more curious selves, our more patient selves, and our better selves.

At the end of the day, we are ALL in this together. Make the most of it.

P.S. In response to this blog, I kindly ask that no one post anything that advocates or insults any contender or party or supporter; or links to such.