What’s not to love about a feisty, red-lipped, red-haired poet sporting a new pair of dancing shoes? Nothing, I say! Especially when she is as financially successful as Edna St. Vincent Millay. 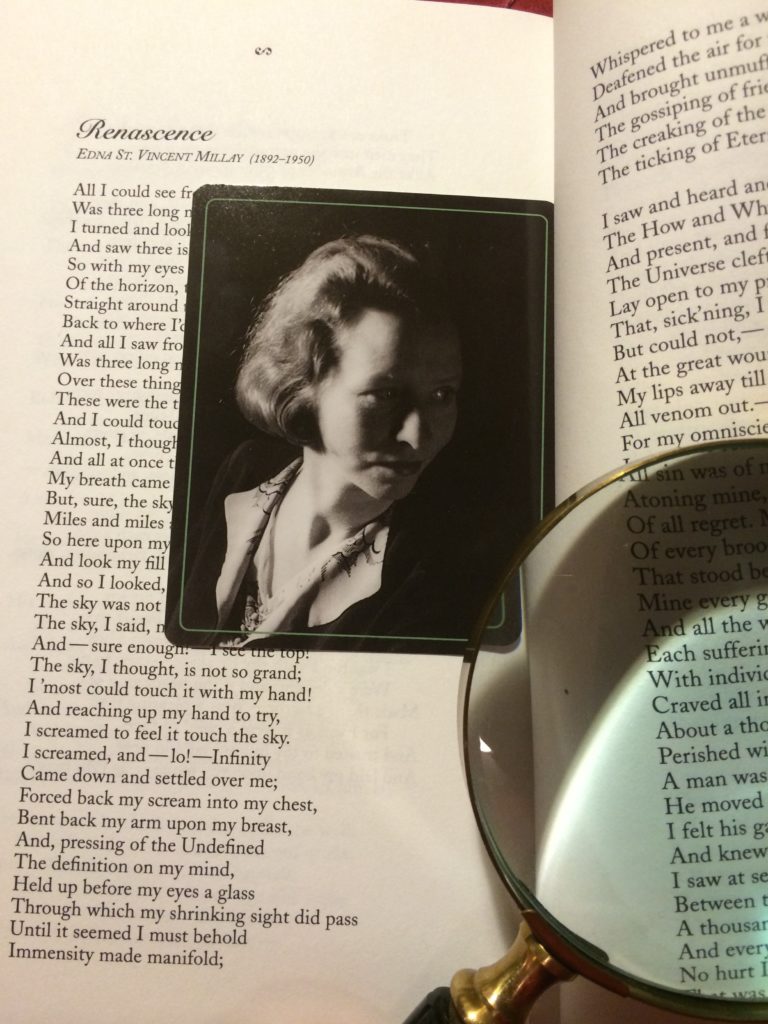 I first discovered Edna St. Vincent Millay in a collection of poetry that had her famous poem “Renascence”, a poem she finished when she was 20. It has remained one of my favorites and enticed me to explore more of her work when I was also in my twenties, but I didn’t enjoy her other work quite as much. 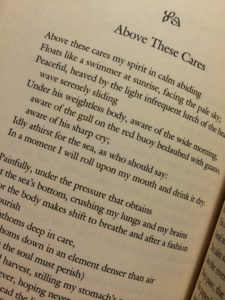 Edna, called Vincent by her family, was a child of divorce and was raised by her mom. Encouraged to explore the arts, she managed to learn six languages, and study theater and piano along with her other school work. Her music instructor supposedly told her that her hands were too small for a career as a concert pianist, so she took up writing instead. It seems to have worked for her. She won the Pulitzer Prize for Poetry in 1923 for her work, The Harp Weaver, and Other Poems published in 1922.

For those who have been told they are burning the candle at both ends, you can now thank Edna for the reference. During her wild Greenwich Village days, she wrote First Fig with the passionate taunt:

My candle burns at both ends;

It will not last the night;

It gives a lovely light!

Edna was fiercely independent and supported the WWII Allied war effort before it was popular. She was considered a feminist, but I also think any woman who wanted their own life in her time was labeled a feminist. That said, she found a man who understood her, believed in her, and left his own successful career to help manage hers. Perhaps she is one of the few who managed to have it all – smart, talented, elegant, beautiful, independent, fierce, found love AND she was a red-head. 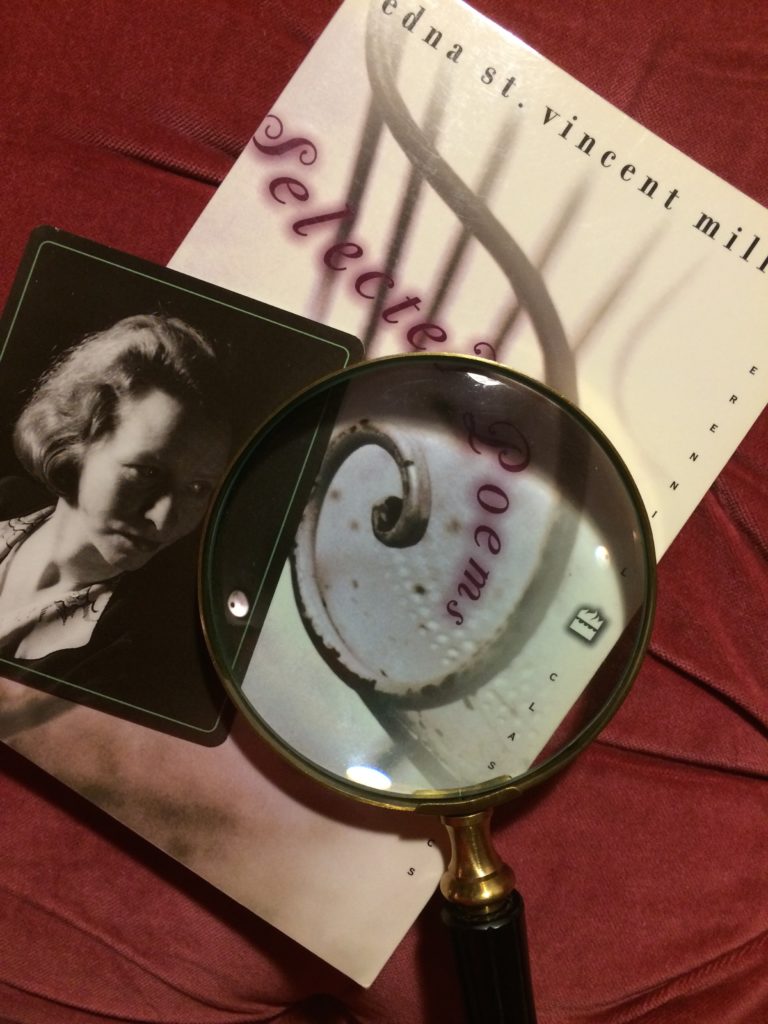